Making the Most of your Honeymoon in Costa Rica 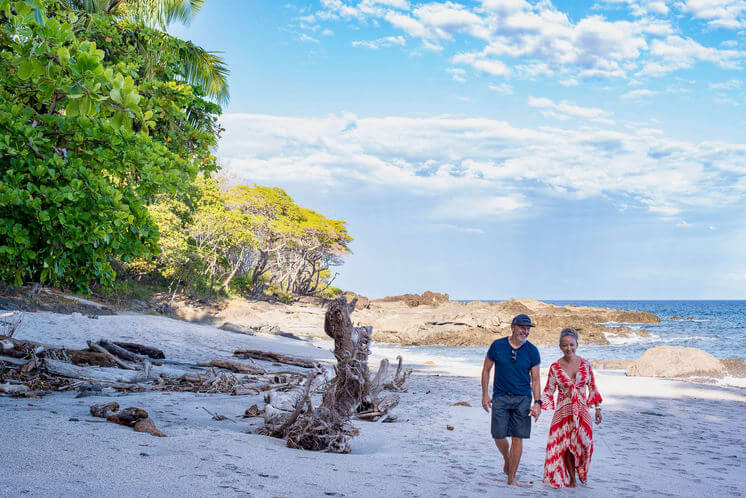 Countless travel writers have written about the joys of experiencing the local culture of various places around the world. As a holiday traveler though, it can be intimidating trying to make friends or experience new things without some prior knowledge. Whether you’re looking at a resort for simple getaway, or as a honeymoon destination, Costa Rica and has a lot of culture to offer. Here are some ways that you can make the most of a Honeymoon in Costa Rica experience.

The main language of Costa Rica is Central American Spanish. Everyone has a few words under their belt, but knowing a few more expressions can be a great way of breaking the language barrier.

Here are some tips for using Central American Spanish, as well as some phrases:

If you want to learn some more useful phrases for Costa Rica, check out this great article which has more phrases and a better explanation of the use of usted.

The Customs of Costa Rica

Once you’ve got a few phrases under your belt, it’s time to consider the traditions and customs of Costa Rica. Knowing these will allow you to approach people and situations a bit more confidently.

Here are some of the customs and traditions of Costa Ricans.

One of the most fun customs you may ever come across, bombas are short four-line poems which are usually presented after the interjection “bomba!”, at which time those around are meant to listen. If you’re a confident Spanish speaker then you may try coming up with some while you’re there, especially if it’s your honeymoon destination. Costa Rica is one of the most romantic and beautiful places on earth, so you won’t be short of inspiration during your Honeymoon in Costa Rica.

A phenomenon examined in many cultures around the world, tico time simply refers to the lackadaisical attitude towards punctuality. It’s not uncommon for Costa Ricans to be 30 minutes late to engagements, so carrying a good book at all times is suggested.

Costa Rican households will commonly have several generations living together, looking after one another. Elder generations are highly respected there, so be sure to act appropriately and address them correctly.

Costa Rican food is often bunched together with other Latin American cuisines due to their use of similar ingredients such as tortillas. Costa Rican cuisine is actually a lot more refreshing and varied than others, and is heavily influenced by its African and Spanish heritage.

Some dishes you absolutely must try are:

After the seemingly endless lockdowns, many of us are itching to start traveling again. Although as the world is still in a state of flux, traveling within Continental America may be the best place to start. Here at Ylang Ylang Resort, we eagerly await your arrival, whether for a holiday or as your honeymoon destination. Costa Rica has a lot to give, and with knowledge of the language, customs, and food, you’re ready to go!

5 Reasons to Choose Costa Rica for Your Honeymoon Destination